Did you know that Wolsey Hall Oxford, the distance learning College has, throughout it’s history, offered courses to those serving in the Armed Forces? Such as the Royal Navy, Army, and Royal Air Force?

For troops serving abroad, distance learning provided (and still does provide) an opportunity to keep the mind fresh and earn qualifications that would prove useful for life outside the forces.

The following letter, found in the October 1969 edition of our newsletter, “The Wolsey Hall Post”, gives us a little insight into what life was like for an Army Sergeant studying German and Mathematics by distance learning college:

I first thought of taking a correspondence course while I was still in the army as a signal sergeant serving in the Middle East. I was prompted by two motives. The first, that I had not much longer to serve and thought that some additional qualifications might be useful to me in civilian life, and the second was “spare time”, of which the army, on occasion, has an abundance. I therefore enrolled with Wolsey Hall to take two G.C.E. courses – German and Mathematics at “O” level and found that the army not only encouraged me in this undertaking but also provided me with free books.

I suppose the conditions for study were not particularly easy for although there was plenty of time at my disposal it is difficult to study under barrack room conditions. Where I was stationed there were the usual canteen and rest-room facilities (I was with a square-wheeled unit) but even so it was often difficult to settle one’s mind to “school work” in a room full of rude soldiery!

I did manage however, to keep reasonably up-to-date with my work although I did not take my exams until after my “demob”. But I realise now that the time was well spent and the last nine months of my army career, which might have been entirely devoted to darts and bingo, were turned to some useful purpose. 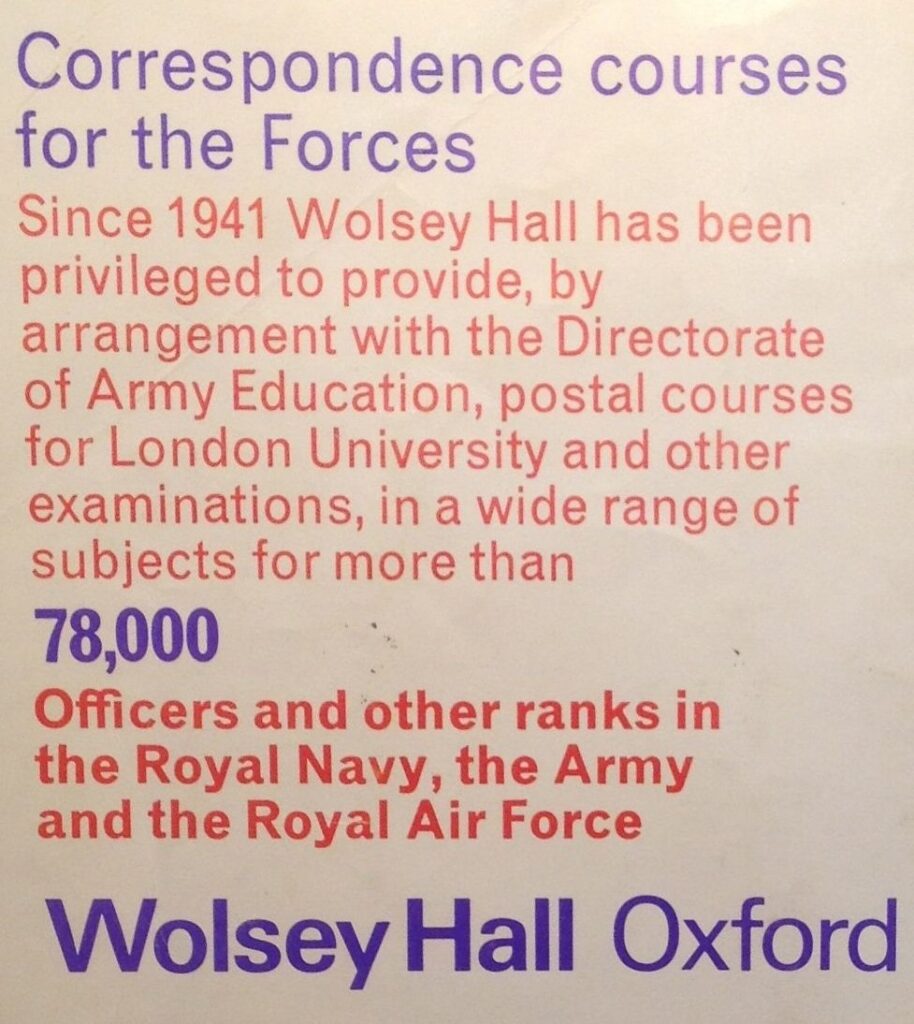 Detail from the back of our 1972 course prospectus