At 16, our student Olivia, one of our homeschooled athletes, is a rising star in diving, with Olympic ambitions and a number of impressive successes already under her belt, including being ranked in the top 3 for her age group in Great Britain. She also won the Hertfordshire Senior Schools Championship representing Wolsey Hall Oxford! In keeping with many homeschooled athletes, thanks to the flexibility afforded by homeschooling, Olivia has been successfully balancing her studies with her training for a number of years. Here, she tells us her story so far:

I’m an elite athlete training to be a successful national and international diver.

I started off in sport at the age of four. I was a very active child and enjoyed sport, so my mum decided to put me in gymnastics to burn off some energy. As time progressed and my skills vastly improved, I eventually became a top national gymnast, ranking in the top three in the country for my age.

It was about this time that the injuries started to occur due to my very hard training workload. However, shortly after a try out I was offered a place to train at one of the best facilities in the world over in the USA, which I accepted.

In the US I trained alongside Olympic silver and gold medalist Shawn Johnson and double Olympic gold medalist Gabrielle Douglas at the famous Chow’s Gymnastics and Dance Institute. I had such an amazing experience, met so many inspirational people, and learned so many new things, but I couldn’t progress quite as quickly as I would have liked to due to an old injury. 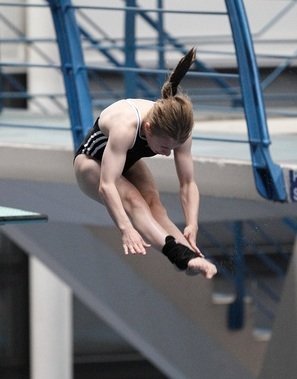 After countless visits to the hospital and seeing many different foot specialists, I was told that my injured foot was actually fractured. It was a rare break called a “snowboarder’s fracture”. A piece of bone hadn’t healed correctly, so it was decided I needed an operation to cut the dead bone away.

It took nearly six months to get back to my normal training regime, but I was still experiencing pain. Eventually, I was advised to quit gymnastics due to possible permanent damage if I carried on.

Although this was a big setback, I was determined to carry on my sporting career. I decided to go back to a sport I had been doing on and off and had been juggling with my gymnastics since I was eleven: diving.

Training as a diver, I found that the boards allowed for a softer landing and didn’t always hurt my foot, and even though there were a few niggles the pain was bearable. After I started full time diving, it took me awhile to get my dives back, but with the help of my ex-Olympic coach Derek Beaumont, who has over 40 years experience and has previously trained 10 Olympians, within a year I was better than I had ever been before.

In October 2013 I won my first international at the Swedish Open. Two weeks later I placed 1st and 2nd at the Scottish National Open. Earlier this year I placed 3rd in synchro and 5th and 6th at the 2014 Amsterdam Diving Cup, and in June 2014 I placed 4th at my first British Gas National Junior Elite competition against 16-18 year olds. So far this year I am also 1st at the 1 metre in my county, beating the county’s record, which was previously held by commonwealth bronze medalist and Olympian Hayley Sage since 2004. I’m also 1st at the county 5-metre, again beating the standing record held by Hayley, and 1st at the 3-metre county. I also won the county schools championship for Wolsey Hall Oxford (Home Schooled), and placed 1st at the east regional age groups on 1,3 and 5 metres. 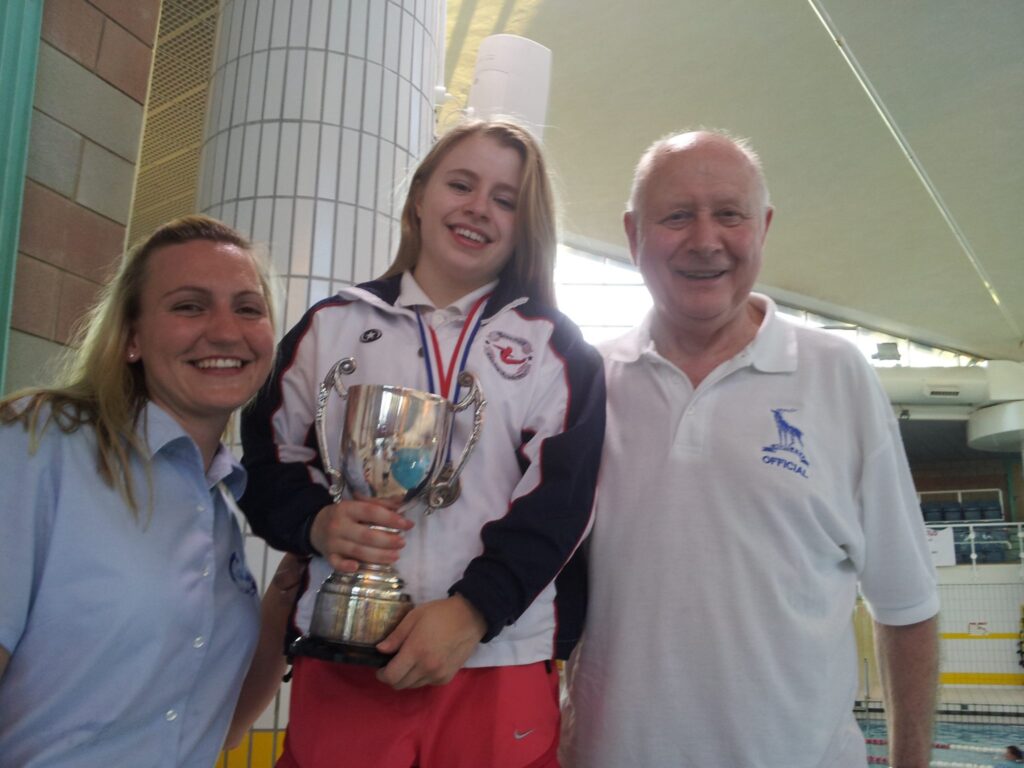 Support for training and education

After finishing 4th overall in the 2014 British Gas National Junior Elite Class A, I am now officially ranked top 3 for my age in Great Britain. Because of my ranking I have also gained a place on the AASE program (Advanced Apprenticeship Of Sporting Excellence), which is a government-funded initiative designed to help young people aged 16 to 18 combine education and sport. It’s aimed at athletes who have a realistic potential of achieving excellence in their sport – and want to make a career of performing at the highest level – but who also want to continue with their education. Aquatic stars who have completed the AASE programme include double Olympic medalist Rebecca Adlington and Beijing’s Team GB synchronised swimmers Jenna Randall and Olivia Allison.

I have also gained a place at HTAP (Hertfordshire Talented Athlete Programme), which is also the Hub site for the TASS (The Talented Athlete Scholarship Scheme) for the South East region, and my local gym, Lifestyle Studios, has given me full free access use of their gym at any time should I need it when not training at the dive centre. 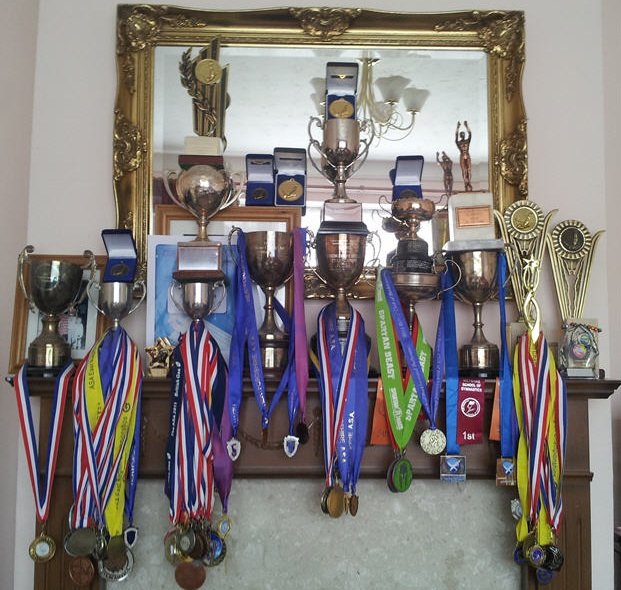 I’m improving every day and my focus is on reaching my dream to compete at the 2016 – 2020 Olympics.

To work towards this, I train 6-7 days a week, but I am able to do both my schoolwork and my sport because home schooling is very flexible. I get myself up in the morning and start my schoolwork plus my stretches and exercises, and by midday I go to the gym. When I come home, I finish my schoolwork then get myself ready and go diving. After I come back I go to bed. I repeat that every day apart from Saturday, my day off, when I can relax or catch up on my work, and Sunday, when I dive all day and finish some schoolwork if I have any left.

Like many homeschooled athletes, the thing I love about homeschooling is that you can fit it around you and if you get behind you can easily catch up. I also really enjoy it because there are no distractions or delays – you can just get up and work – and you can do it anywhere. Homeschooling has really helped me balance my sport and my schoolwork.