Pictured above: Looking South down St. Aldates below Christ Church in Oxford, this photo, taken in 1907, shows the original Wolsey Hall building on the left.

2014 was Wolsey Hall’s 120th Anniversary – a perfect opportunity to spend some time in our archives, exploring our history of providing distance learning courses for students worldwide.

In a newsletter from 1969, we found a detailed account of Wolsey Hall’s then 75 year history. It’s interesting to see the layers of Wolsey Hall history; the newsletter, which marked the 75 th Anniversary, is now more than 45 years old, an historical document itself! Obviously much has changed about the way we deliver our courses, but it’s still fascinating to read more detail about the origins, and original aims, of Wolsey Hall – we were then, as we are now and hopefully will be long into the future, striving to be the world’s local school. Here’s a transcription of the article:

“It was in 1894 that Joseph William Knipe, a young trainee-teacher at Cirencester Grammar School, first conceived the idea for a correspondence college. Having prepared himself to pass the Certified Teacher’s Examination, and thinking that his notes could be of use to others, the young Mr. Knipe advertised in the “Schoolmaster”, enrolled six students, and saw them all successfully through their examinations. Then next year, 30 students enrolled, and from this small beginning the college grew steadily into a universally known organisation which today enrols some 25,000 students each year. 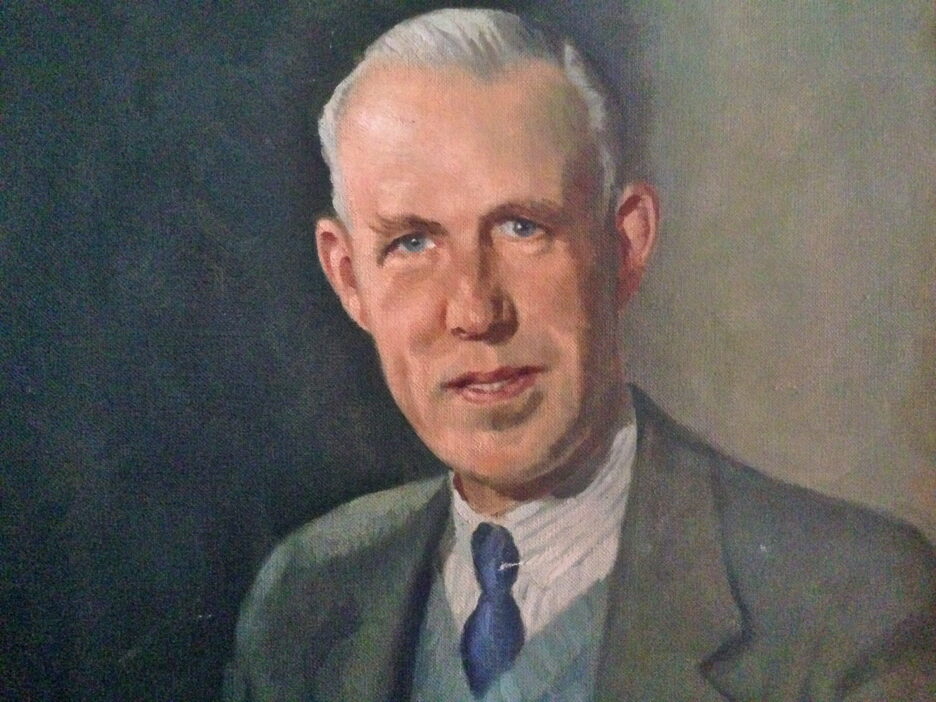 From Cirencester, Mr. Knipe and his staff moved to Fishponds, near Bristol; then in 1907, the organisation, now the Diploma Correspondence College, came to Oxford. The first address was in St. Aldates, just below Christ Church, and the name of the house was Wolsey Hall, and within a year the Diploma Correspondence College adopted the address as its name. When Christ Church decided to create a garden memorial to those of its members killed in the Great War, the row of houses on which Wolsey Hall was a part, had to be demolished. The college, retaining the name of Wolsey Hall, first moved to George Street and then in 1930, to 66 Banbury Road, its present home.

In the early years, the college concentrated mainly on tuition for teachers’ and theological examinations, but the field was ever widening and soon covered London Matriculation and University Degrees for London, Durham and Lampeter external students.

Early in the Second World War, Wolsey Hall was appointed by the War Office to give tuition by correspondence to members of H.M. Armed Forces, and has continued to respond to the increasing demand for tuition for London University degrees and diplomas. New courses are being drawn up continually to meet the syllabus requirements of the G.C.E. Boards and other examining bodies, and Wolsey Hall now maintains some 2,500 courses covering a wide range of academic and professional subjects including preparation for qualification requirements for lawyers, corporation and company secretaries, statisticians, bankers, hospital administrators, booksellers and many others.

How the System Works

A major part of the Wolsey Hall tradition has been built up on its methods of tuition. Two types of courses are now available to students: the self-tuition course, whereby students contract to take the course on their own from lecture notes and booklists supplied by the college; or the more usual full tuition course, which includes personal supervision by Wolsey Hall’s tutorial staff. This entails a set programme of work sent at regular intervals to the student and the submission of work to the tutors for correction and advice. Revision courses are also available for those who have previously covered the examination syllabus.

Wolsey Hall employs the services of more than 200 tutors in subjects ranging from Hebrew to Advanced Mathematics, and it has been the policy of the college over its 75 year history to recruit its tutorial staff from lecturers and universities and colleges of further education all over the country. It has also been the policy of the college to choose a proportion of its staff from previous Wolsey Hall students who, through their own experience, are particularly able to appreciate the position of a student studying in his own home.

Wherever English is spoken by a proportion of the inhabitants, there you will find Wolsey Hall students and the college now maintains overseas offices in Hong Kong; Singapore and Malaysia, West and East Africa and the West Indies. More than a third of the college’s enrolment now comes from overseas and it is probably fair to say that in the future this number is likely to increase, particularly as more qualified technicians are required by emerging countries. This is the challenge then, for the future, and one that Wolsey Hall, with its already broad foundation of teaching will be well qualified to meet.” 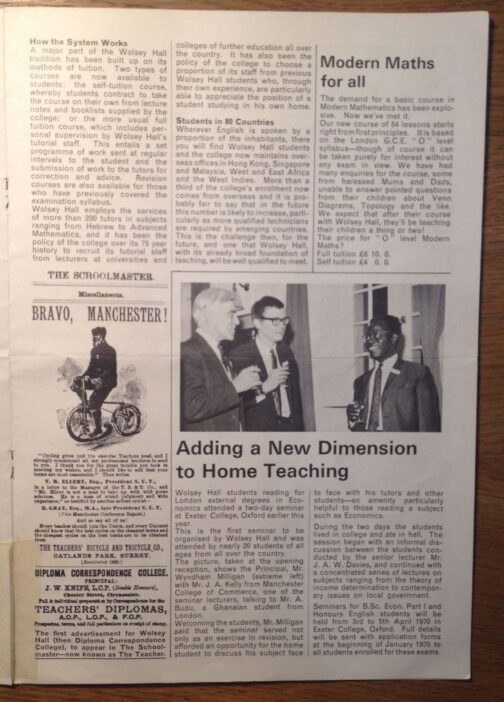 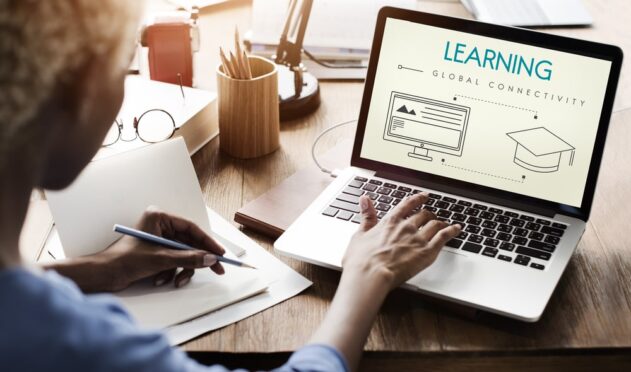 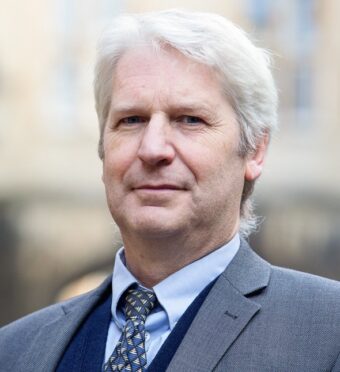